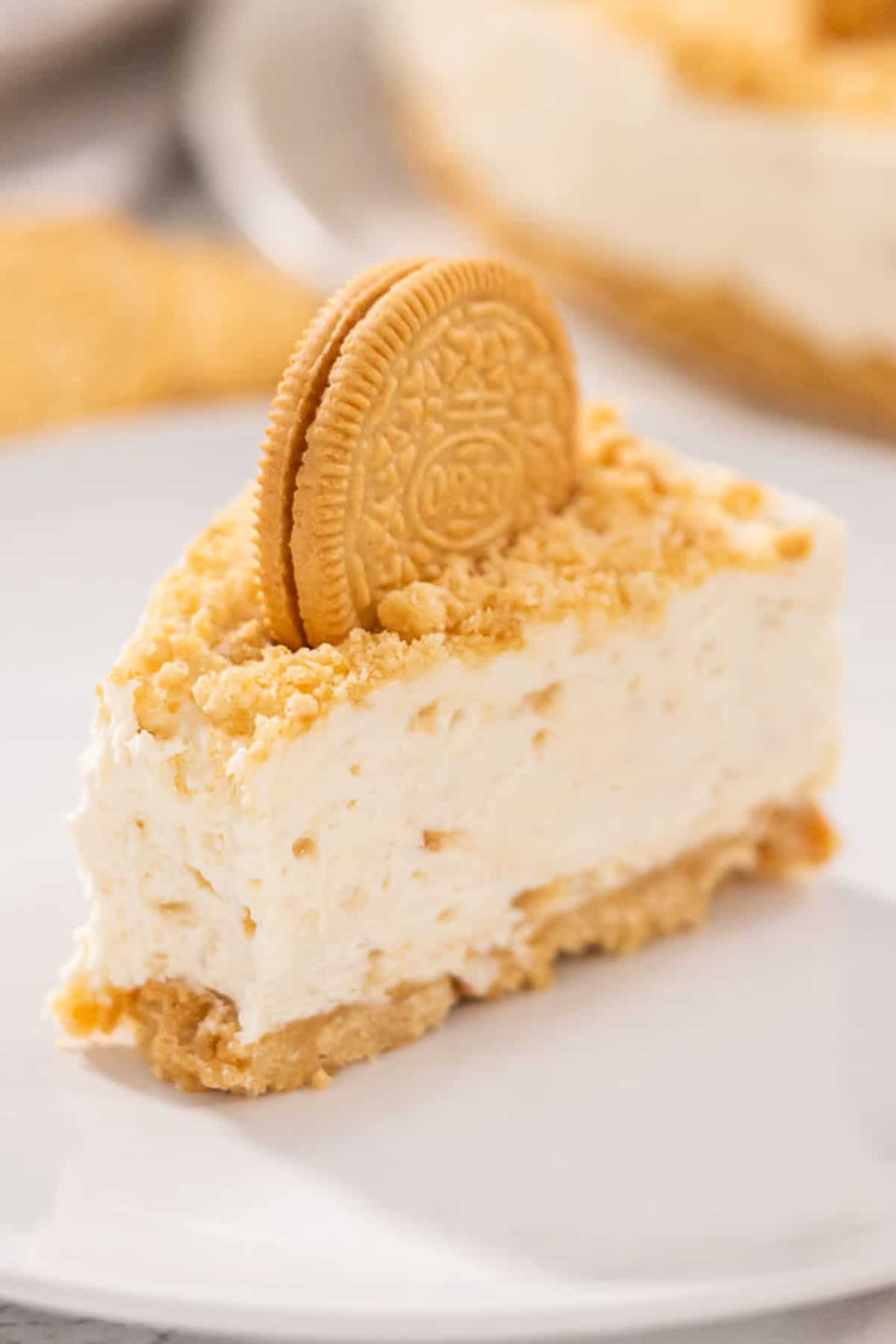 Golden Oreo cheesecake is the best thing that has ever happened in my life. Made with a scrumptious and buttery Golden Oreo crust, this dessert recipe is sweet, rich in vanilla, and creamy smooth!
Servings 12
Prep Time 15 minutes
JUMP TO RECIPE PIN RECIPE 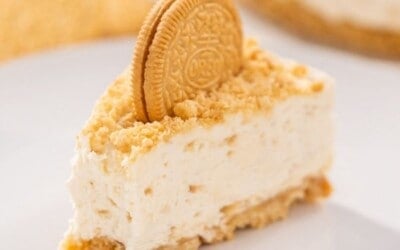 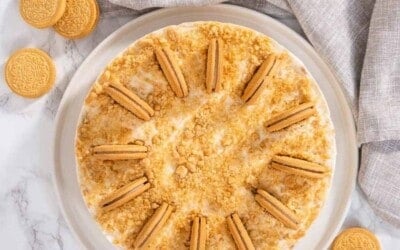 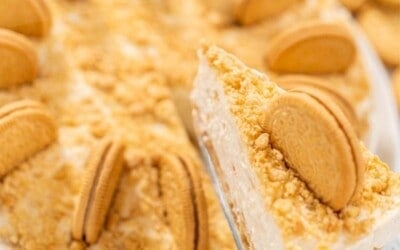 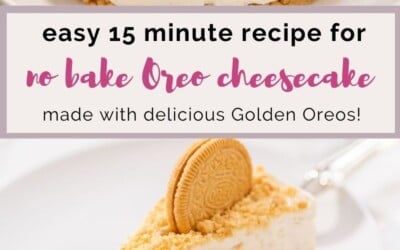 Golden Oreo cheesecake is the best thing that has ever happened in my life. Made with a scrumptious and buttery Golden Oreo crust, this dessert recipe is sweet, rich in vanilla, and creamy smooth!

Mmm, have you ever just had a craving for luscious cheesecake you just couldn’t resist? Well, that happened to me, and I just had to act on it. I decided to stock up on Nabisco Golden Oreo cookies and cream cheese to create one of the best cheesecakes I’ve ever eaten.

Small crumbles of Oreos are intertwined in the creamy cheesecake filling that creates the perfect balance of soft and crunchy. If you’ve never had a Golden Oreo crust cheesecake, then now is your time to try it because this recipe is oh, so delicious and sweet!

Just like my eggless cheesecake recipe, I could eat this delectable treat every single day and not regret one bit of it. The beauty of intuitive eating is that we can eat whatever we want when we want it. Life is too short to not feel good about our eating choices!

How to Make This Recipe

You’re totally going to swoon over this cheesecake recipe. The Oreo crust is the best part!

Step One: First, grease a 9-inch springform pan with cooking spray and parchment paper. Be sure to get the sides. Set the pan aside.

Step Two: Next, in a bowl, combine the Golden Oreos with salt.

Step Three: Add the melted butter to the crushed Oreos and mix well.

Pour the crushed mixture into the prepared pan. Make sure to pack the crust really well. Place the crust in the freezer.

Step Five: In a large bowl with electric beaters, beat the cream cheese by itself.

Step Six: Next, add the powdered sugar, yogurt, and vanilla. Beat the mixture until there are no lumps.

Step Seven: Start gently folding the whipped topping into the cream cheese. Do not stir the mixture, but gently fold it.

Step Eight: Fold in some of the crushed Oreos.

Take the crust out of the freezer and fill it with the cream cheese filling. Evenly spread the mixture across the crust.

Step Nine: Top the cheesecake with crushed Golden Oreos and press them down a little bit.

Step Ten: Next, arrange the Golden Oreos on top of the filling until there is no longer a slope.

Place the uncovered cheesecake in the refrigerator for 24 hours to set. Cut and enjoy!

Should cheesecake be baked or not?

That is up to personal preference and how much work you’re willing to put into the cheesecake! I like to make no-bake cheesecakes, but baked cheesecakes are good, too! If your cheesecake has eggs in it, then it definitely needs to be baked.

What happens if you overmix cheesecake?

If you overmix the cheesecake, then too much air can get into the batter. Be sure to mix until just combined.

If you love this recipe, be sure to leave a star rating on the recipe card and leave a comment below!

Don’t forget to pin it on your Pinterest board for later, or tag me on IG @no.food.rules if you try the recipe and love it! 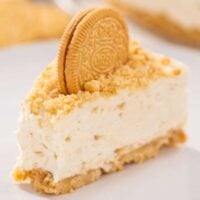 Golden Oreo cheesecake is the best thing that has ever happened in my life. Made with a scrumptious and buttery Golden Oreo crust, this dessert recipe is sweet, rich in vanilla, and creamy smooth!
Yield: 12
Prep Time: 15 mins
Total Time: 1 d 15 mins
PRINT RECIPE

To get nice clean cuts of cheesecake you want to take a VERY sharp knife then run it under hot water for a few seconds. Wipe off the knife mostly (a little water is okay, you want it to be warm) and make one cut.Be sure to press all the way down to the crust so they you cut that too. I like to place my two fingers over the knife when I get to the side to help hold up the side of the cheesecake so the crust doesn’t fall. Wipe your knife after EVERY CUT! 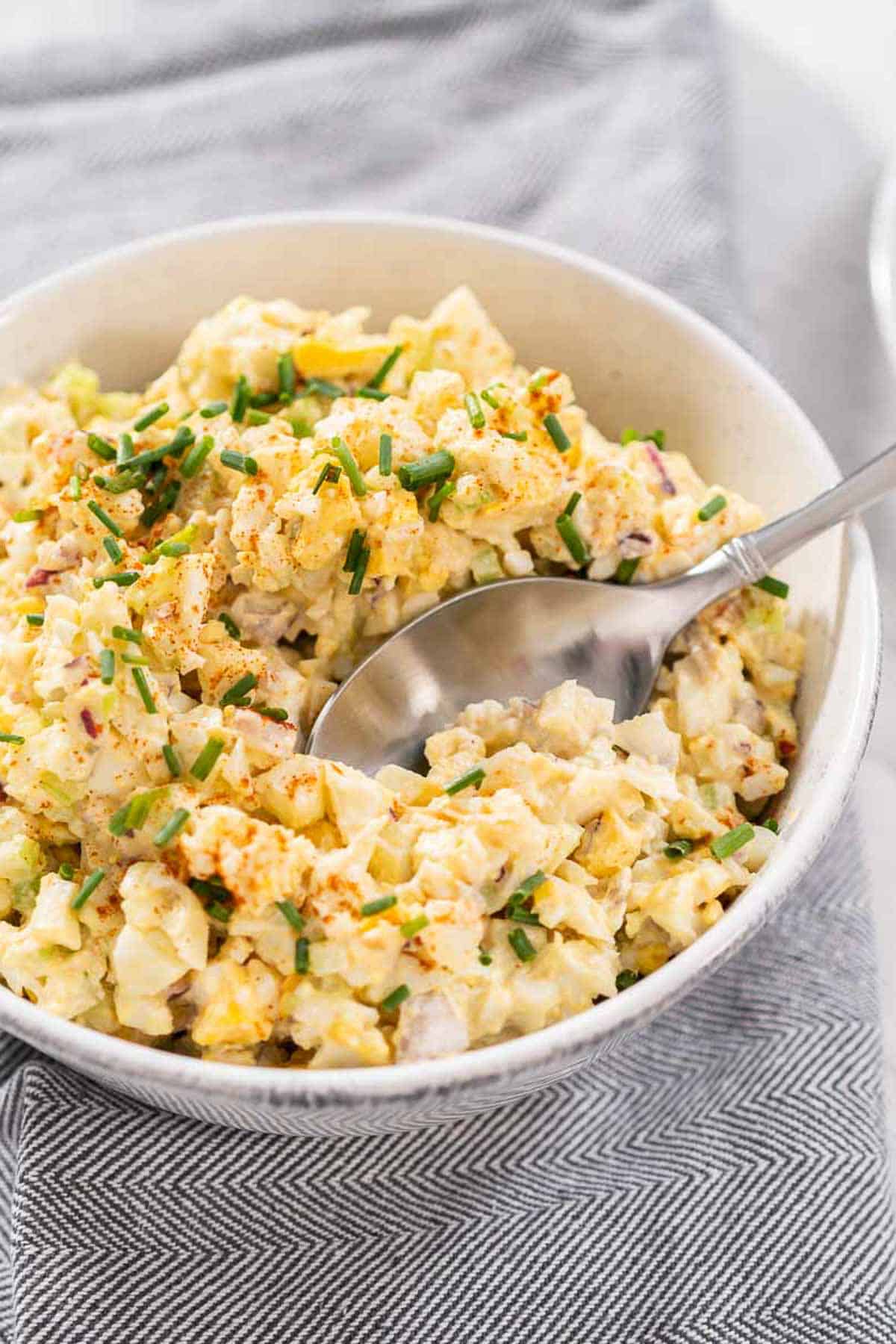 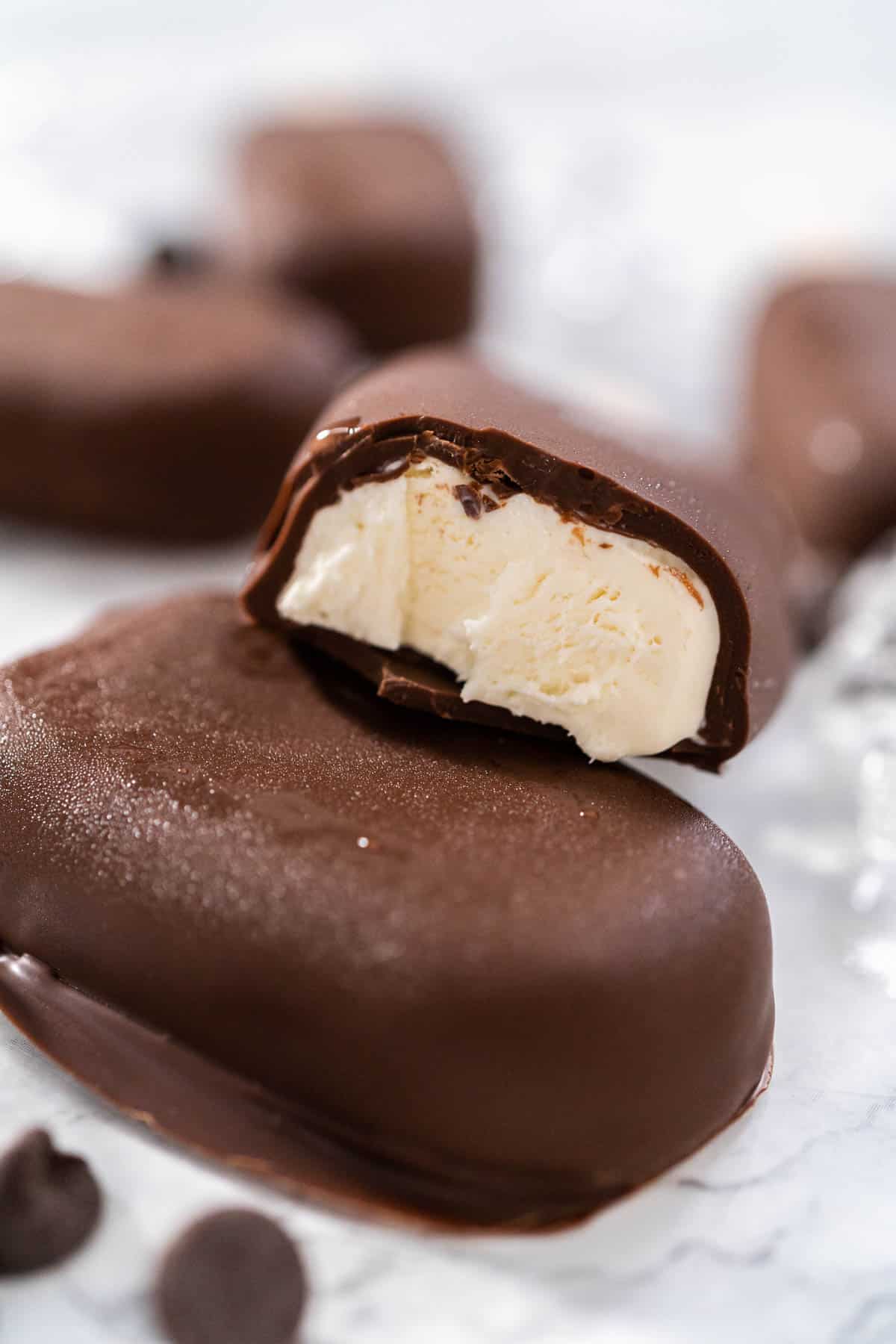