These beer cheese & chicken brat scalloped potatoes will be sure to impress all of your dinner guests! They're a snap to make and taste delicious!
Servings 6 servings
Prep Time 15 minutes
Cook Time 20 minutes
JUMP TO RECIPE PIN RECIPE

It’s officially October, or should I say Oktober! In honor of Oktoberfest, let’s talk about beer. I live in Grand Rapids, MI which is also known as Beer City USA, did you know that? We have craft breweries all over the city and I swear a new one pops up basically every week. Being in Beer City USA these breweries have the BEST beer cheese, it’s kinda a given, right? With that being said, I’m kinda picky about my beer cheese. So, when I give you a recipe for it you KNOW it’s going to be GOOD. And that’s exactly what I’m about to do with this recipe for beer cheese & chicken brat scalloped potatoes! These cheesy potatoes are the ultimate recipe for your Oktoberfest festivities. Oeey, gooey, melty, beer cheese pored over thinly sliced potatoes and chicken brats. Do I have you drooling yet?

Rather than just making a typical scalloped potatoes recipe I added one of my favorite products, Gilbert’s Craft Sausages. I used their chicken bratwurst, which are one of my faves. Each chicken sausage has only 100 calories and 12 of protein. Adding these to the starch heavy scalloped potatoes balances the dish by adding some protein, which I’m all about! I love these brats specifically because they are made with the addition of sautéed onions, making their flavor OUT OF THIS WORLD! These beer cheese & chicken brat scalloped potatoes are a snap to make, but so impressive that people will think that you spent HOURS over the stove. Totally not the case! About 15 minutes of prep and 20 minutes of baking and you’re done! Here’s how I went about layering all of this goodness together: Then repeat! You’ll do this sequence twice to get some good layering action going on, then throw it in the oven! Simple, right? 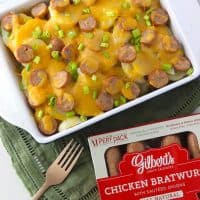 These beer cheese & chicken brat scalloped potatoes will be sure to impress all of your dinner guests! They're a snap to make and taste delicious!
Yield: 6 servings
Prep Time: 15 mins
Cook Time: 20 mins
Total Time: 35 mins
PRINT RECIPE

Nutrition Facts
Beer Cheese & Chicken Brat Scalloped Potatoes
Amount per Serving
Calories
285
% Daily Value*
Fat
12.7
g
20
%
Carbohydrates
25.3
g
8
%
Protein
15.5
g
31
%
* Percent Daily Values are based on a 2000 calorie diet.
If you’ve got a small household, say just you and the boo-thang (do people still say that?) you can totally cut this recipe in half. That’s one of the many reasons that I love Gilbert’s Craft Sausages. All of their sausages are individually packed, like string cheese, so there is less waste! Gone are the days of opening a pack of sausage then having them get all slimy and gross because you don’t use them quick enough. Not to mention, I love them because of their “no funny stuff” stance on nutrition, using only the best, highest quality, antibiotic-free ingredients.

When you make this recipe be sure to share it on social media! Tag me, @mittendietitian, and include the hashtag #mittendietitian so that I can feature YOU!

Not sure when you’ll grab your Gilbert’s Craft Sausages to make this recipe? No worries, use their store locator and pin this recipe so you have it at the ready! **This post has been sponsored by Gilbert’s Craft Sausages. However, all thoughts and opinions are my own** 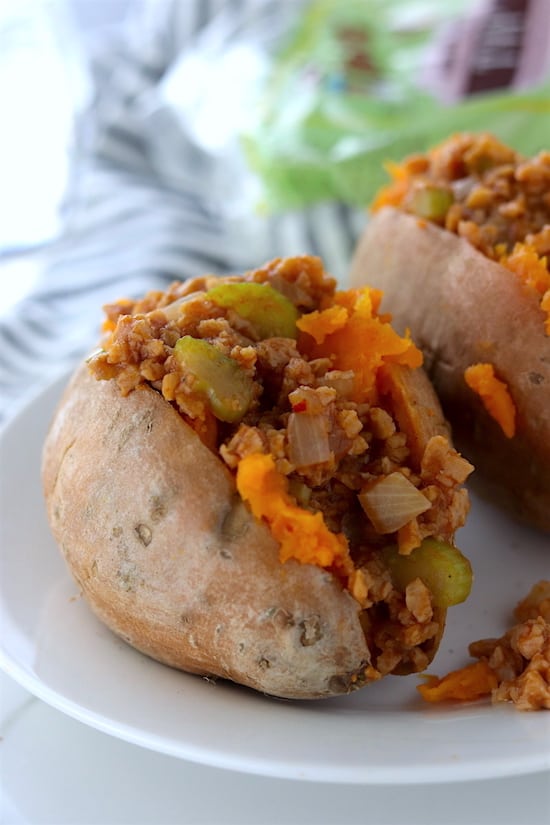 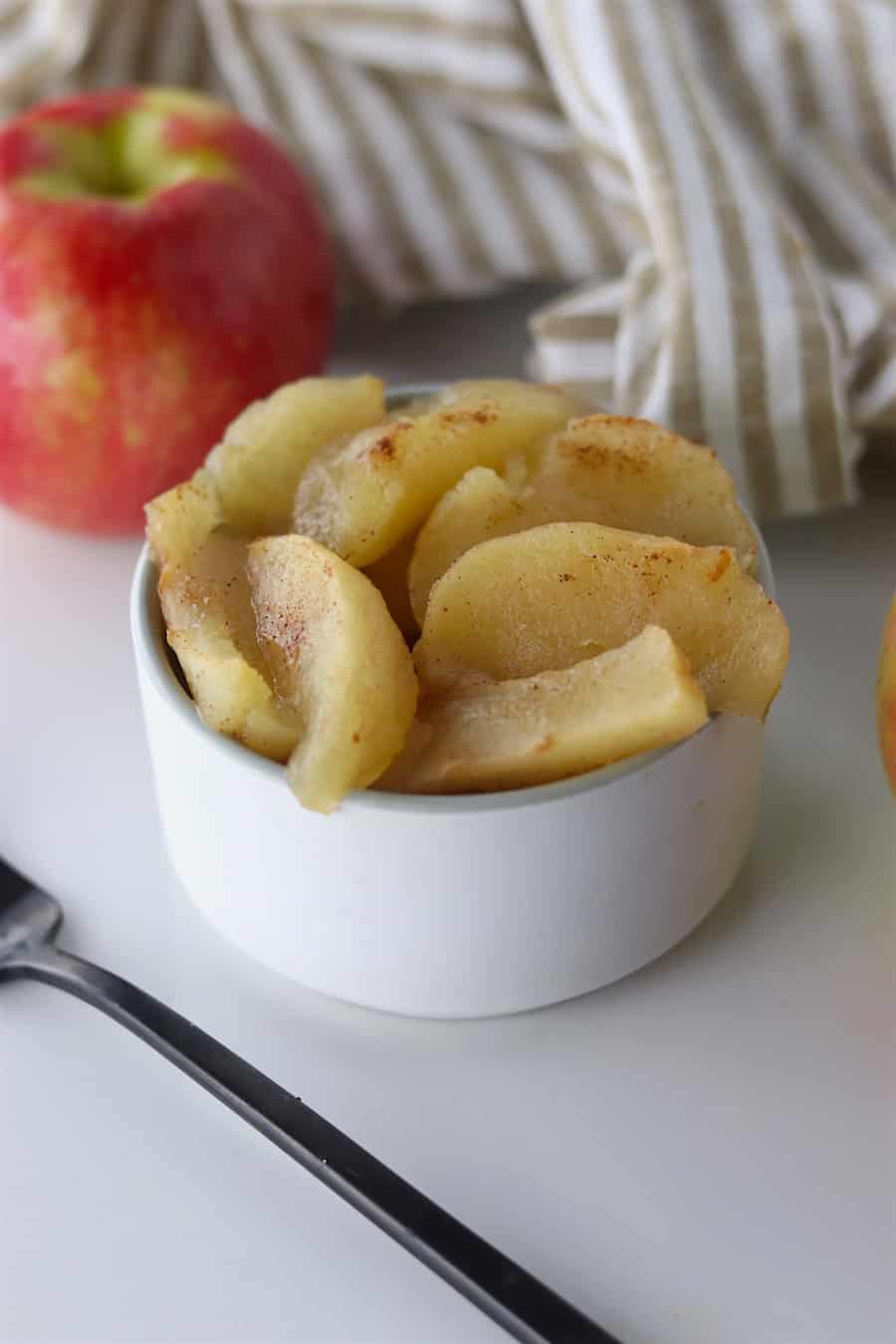