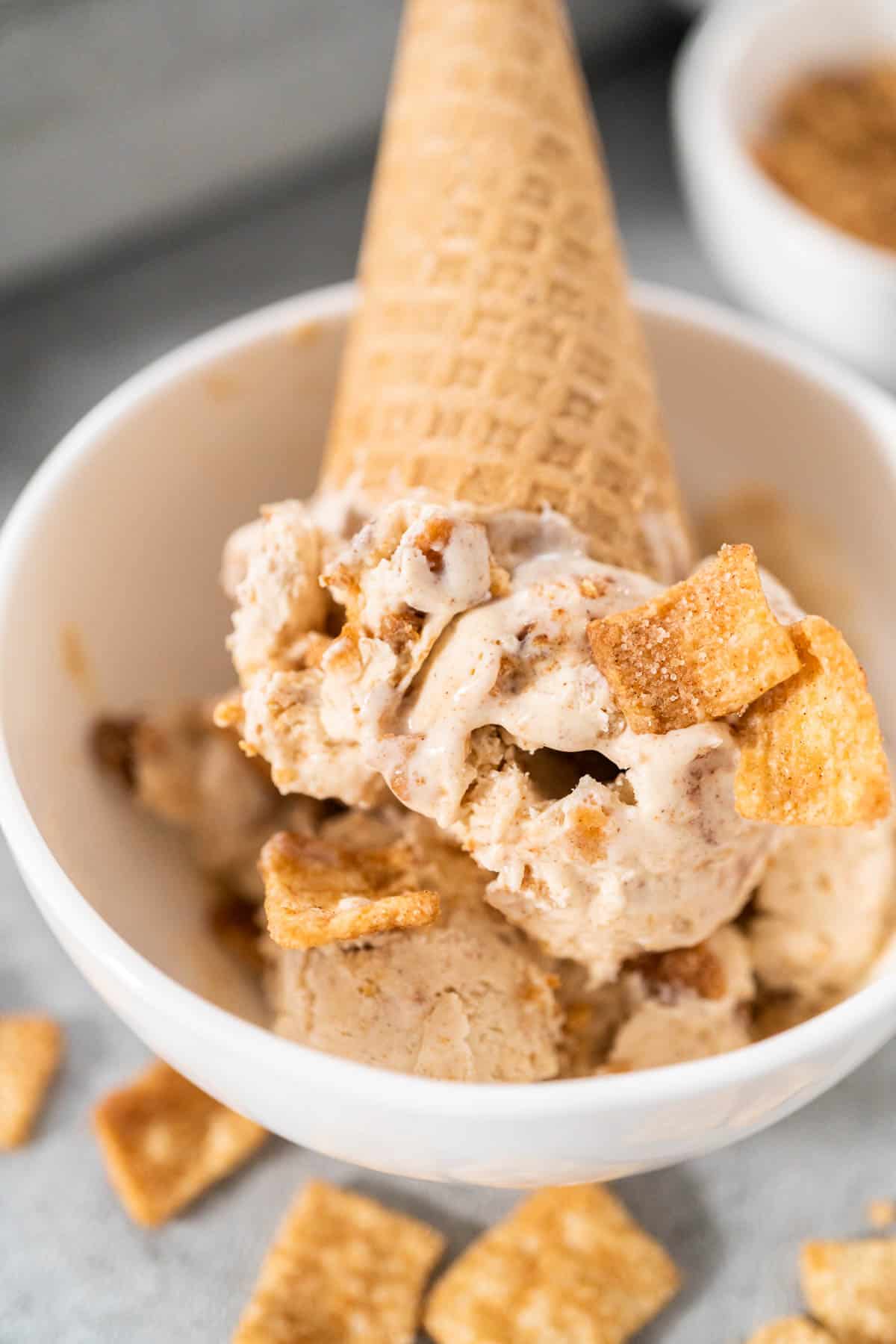 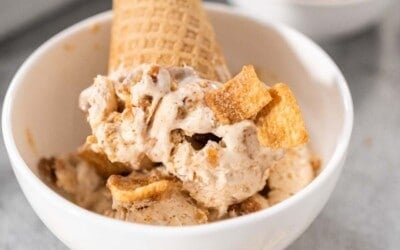 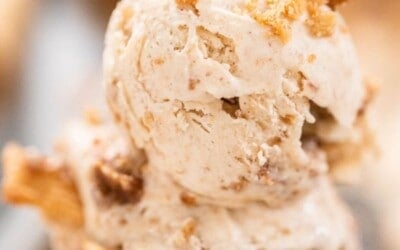 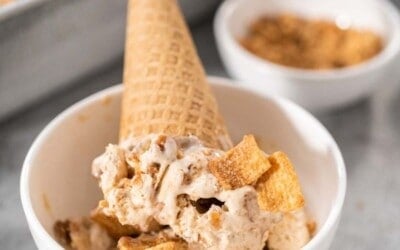 Cinnamon Toast Crunch, butter, sweetened condensed milk, and heavy cream are some of the mouthwatering ingredients in this no-churn cinnamon toast crunch ice cream. This recipe is crunchy, creamy, and definitely a bundle of happy flavors!

If you’re anything like me, then you love classic Cinnamon Toast Crunch cereal. I just HAD to make this no-churn ice cream recipe with my favorite cereal because there is nothing quite like the combination of cinnamon, vanilla, and brown sugar.

In the market for Cinnamon Toast Crunch recipes? You may have found your match.

A bowl of this ice cream recipe will make anyone feel good–including yourself. It’s creamy and made with a cinnamon swirl that adds a touch of magic to this recipe.

No matter what time of the day it is, eating a bowl of ice cream will always feel good based on the values of intuitive eating. Eat what you want, when you want.

How to Make This Recipe

This no-churn Cinnamon Toast Crunch ice cream recipe is a dream and so simple!

Step One: First, soak the cereal in a bowl with heavy cream. Strain the milk and discard the cereal.

Step Two: Add more Cinnamon Toast Crunch cereal to a pan with sugar and butter. Over medium heat, heat the cereal mixture until the butter and sugar melt.

Step Three: Toss the butter and cereal together until everything is fully coated. Remove the cereal from the heat and allow it to cool.

Break the cereal up into small pieces.

Step Five: Pour the heavy cream into a mixer or large bowl. Mix low and the speed on the mixer. Mix the cream until stiff peaks form.

In a separate bowl, mix the sweetened condensed milk, vanilla, and cinnamon.

Step Six: Fold the whipped cream into the sweetened condensed milk mixture. Mix the mixture until no lumps remain.

Step Seven: Add some Cinnamon Toast Crunch to the ice cream base and fold it in.

Step Eight: Add the ice cream to the base to the container and place the cinnamon swirl on top. Repeat this process until to end up with the cinnamon layer on top.

Top the ice cream with the Cinnamon Toast Crunch pieces.

In my opinion, Cinnamon Toast Crunch tastes astounding in ice cream. The perfect balance of cinnamon, sugar, and creamy vanilla comes together.

Why is my no-churn ice cream icy?

If your homemade ice cream is ice, then this could mean that the ice cream has been left in the freezer too long. Be sure to check the ice cream after eight hours!

Sugar is known to keep the ice cream soft in addition to the heavy cream.

How do you make ice cream creamy again?

Remove the ice cream from the freezer and allow it to defrost a bit. After the ice cream has softened, mix it with a spoon or mixer until it is creamy again.

If you love this recipe, be sure to leave a star rating on the recipe card and leave a comment below!

Don’t forget to pin it on your Pinterest board for later, or tag me on IG @no.food.rules if you try the recipe and love it! 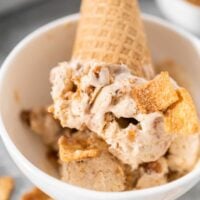 For The Ice Cream Base

For The Cinnamon Crunch

For The Cinnamon Sugar Swirl 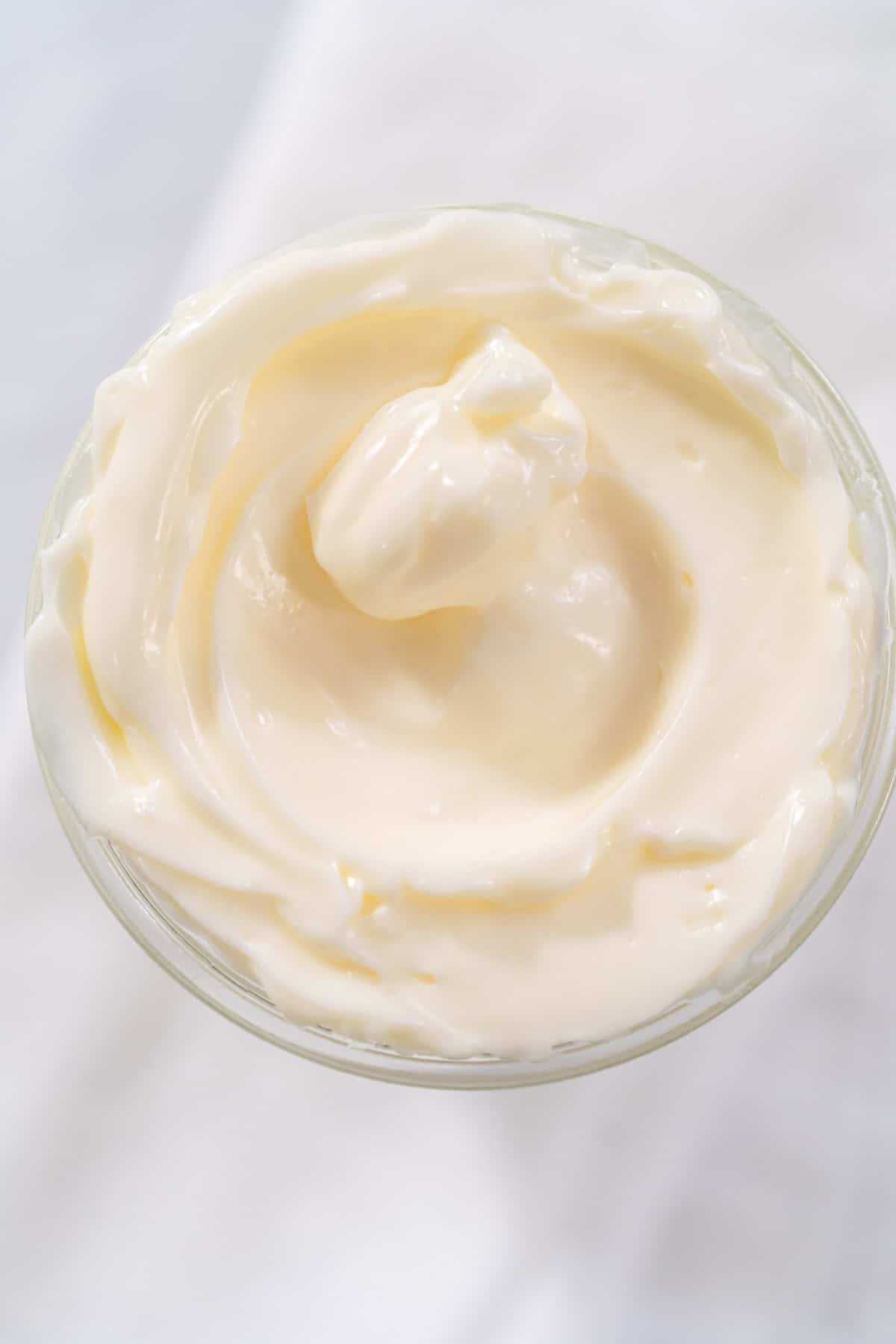 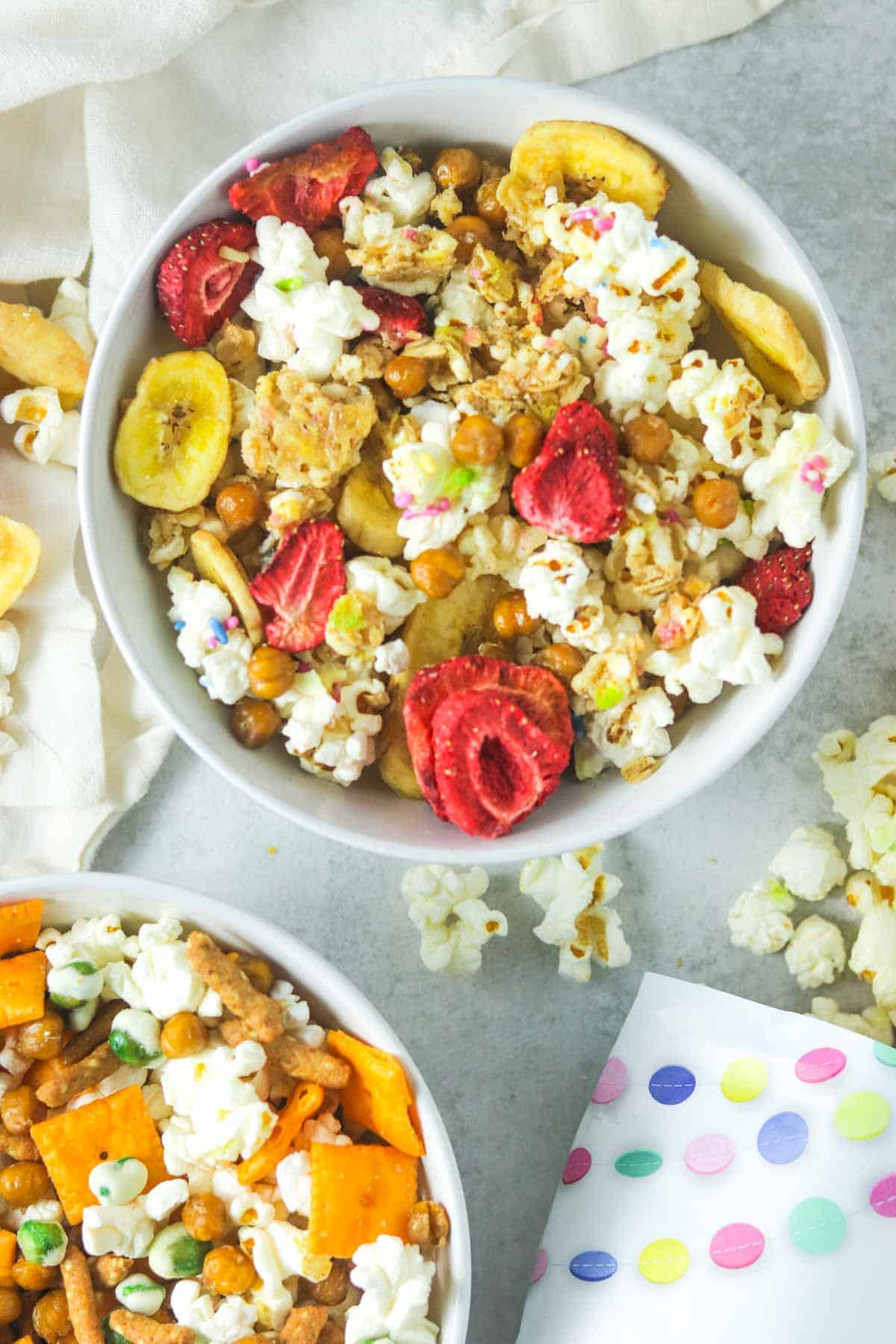 Sweet and Salty Popcorn Trail Mix (The Best!) NEXT